It’s Saturday night. I’m with friends at a party, but I should be playing Dragon Quest.

Not that I’d rather be playing Dragon Quest, mind you. I’d much rather be out with my friends, at a silly house party with free booze and dozens of people in zany monster costumes; hence, why I’m doing that instead. But Dragon Quest looms over my head. What should have been a tidy, few-session runthrough of a straightforward, old-school RPG somehow morphed into a piecemeal, month-long slog. It’s the first “historically significant” game I’ve played that feels like a cave painting, a work enjoyable only as a first step toward things to come. Playing it bores me. Thinking about playing it bores me. I’ve progressed far enough that I can’t turn back or begin another game instead, but booting up my emulator always gives me pause. This cheery little adventure single-handedly wrecked whatever tentative schedule I had for this blog, and I’m still not in sight of the endgame. How long would it take me to muster up the patience, put on some appropriate epic background music, and just beat the damn thing? Two weeks? Three weeks? Would I be stuck for eternity in this mildly pleasurable feedback loop (appropriately called the “grind”), a lab rat constantly pressing the same single button for his ten experience points’ worth of dopamine?

Waiting in line for the bathroom, it hits me. Dragon Quest is homework, and I’m the unruly teen out with his friends avoiding it.

END_OF_DOCUMENT_TOKEN_TO_BE_REPLACED 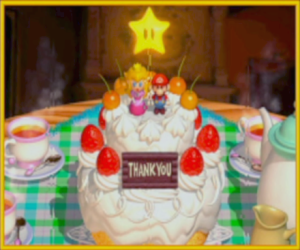 As I looked back over the past year’s worth of entries, I realized I didn’t play nearly as many games as I thought. This illusion comes from a mix stopping and starting a handful of titles, devoting time to games I put down due to their sheer time commitment (someday, Baldur’s Gate!), and my rediscovery of the medium making every new game feel like an epic undertaking.

So, picking my five favorite games covered on this blog was not nearly the Sophie’s Choice I thought it might be. Sure, there were a handful of darlings I regret not including: The Saturday morning whizzbang joy of Psychonauts. The moody and punishing Another World. Braid’s deeply felt and fully realized puzzle box. But at the end of the day, these five games below are the ones that kept me going as I slogged through lesser titles. These are the games that still prove to me despite the industry’s deeply embedded problems and presiding adolescence, video games are so unique and powerful when the alchemy’s right that they are worth defending and talking about.

I’m still early in my quest. I have so many more games to experience — and there are more by the day, being created by an ever-diversifying community now that technology and distribution has dissipated — that a second anniversary top-five might look entirely different. I am presenting these in alphabetical order, because pitting five things I hold so dearly against each other in some misguided battle of worth seems like a fool’s errand.

END_OF_DOCUMENT_TOKEN_TO_BE_REPLACED

Over in downtown Los Angeles, the entire video game industry gathers to drool over their shiny new toys and indulge in some good ol’ fashioned Schadenfreude as Emperor Microsoft stumbles clothes-less into the next generation. But over the hill here in Burbank, we’re celebrating a much more monumental occasion: The first anniversary of Playing the Canon, over five hundred spambots’ gaming blog of choice!

As my blog has touched the hearts of thousands of visitors looking for Mass Effect walkthroughs, forced instead to wade fruitlessly through boring critical analysis or what-fucking-ever, I thought a fun birthday celebration would be sharing some of my favorite search terms that have brought people to Playing the Canon, your number one source for hardcore Alyx Vance pornography!

END_OF_DOCUMENT_TOKEN_TO_BE_REPLACED

The Mass Effect series is like a gaming Rorschach Test, and not just because of its tricksy moral hypotheticals. No two players seem able to agree on what Mass Effect does well and what Mass Effect does terribly, with opinions diverging to the point where you wonder if everyone is even discussing the same games. Mass Effect is the best science-fiction story ever told, unless it’s dreary, pulpy garbage. It’s got characters you care about deeply, unless they annoy you to the point of purposely sending them to their dooms. The ultimate Mass Effect is the first iteration’s open-world RPG playground, or maybe it’s the second’s tighter, more character-driven hallway shooter. Nobody cares about Mass Effect‘s combat, but would it kill these designers to have Shepard just shut up and shoot somebody already? Oh, and let’s not forget that it ends with either the greatest artistic achievement in gaming history or a pretentious, schizophrenic hodgepodge of undercooked sci-fi cliches so awful that it sent a small nation’s worth of nerds into a months-long, near-primal tantrum. Mass Effect 3‘s ending faced plenty of grousing about its lack of personalization, but given the wide spectrum of opinions about this series, players had no problem making these games their own. END_OF_DOCUMENT_TOKEN_TO_BE_REPLACED

On a Geekly Basis with Yours Truly!

To hold you over until my Mass Effect 3 post (which, barring the potential destruction of the galaxy, I’ll have up by the end of the week), Emily and Peter over at Wrong Button Blog were kind enough to interview me about all things geeky. If you ever wanted to know a little more about me outside of my thoughts on video games, you should definitely check it out here.

Wrong Button’s On a Geekly Basis series highlights talented nerds and geeks and features some really awesome people. Some of my blogger buddies have already been highlighted on there, so be sure to check out their interviews, too.