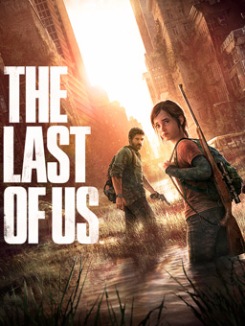 It’s hard to shake this one off. Seems to have that effect on people. I walked into this game with pretty high expectations, given the pedigree of its creators. I grew up on Crash Bandicoot (it’s kind of hilarious to think that the same people made those games). I never screwed around too much with Jak and Daxter, but I have an extreme fondness for all three Uncharted games, particularly 2 and 3, and often cite them as probably my favorite modern adventure games. All that being said though, The Last of Us is without a doubt Naughty Dog’s crowning achievement. There’s something hard to place about it; it slowly takes you in, bit by bit, and by the time it has you, before you know what’s happening, this game will beat the shit out of you. And I’m not just referring to difficulty, though there are plenty a tense encounter to be sure. I mean emotionally. This game will take your heart and piss on it.

The guys over at Extra Credits (which you should be watching if you aren’t already) have done a couple episodes on survival horror, talking about what exactly a game does to be classed in that category, and largely their thesis is that survival horror games take us into disempowerment fantasies, which is a profoundly different goal than that of most other games. Now, I wouldn’t call The Last of Us a survival horror game. And in fact, I’ve heard multiple people refer to it as a “zombie game,” and I think that is doing it a profound disservice, because the least accurate thing imaginable would be to lump this in with games like Dead Rising and Dead Island. Or even Resident Evil for that matter. That being said, the game still uses some of those survival horror tropes, limited ammo, degrading weapons, etc., but instead of using those mechanics to create an atmosphere of fear, they are used to create an atmosphere of extreme, absolute hopelessness.

There are only a select few games that have openings as memorable and effective as this. Fallout 3 and the first Bioshock both come to mind. But The Last of Us forces you to play through what is literally the beginning of the end of the world, the opening minutes of the apocalypse, as an 11-year-old girl. True disempowerment. It is terrifying, and incredibly disturbing; walking around your house, trying to find your dad, feeling utterly helpless. And it pretty much just keeps going downhill from there on out. END_OF_DOCUMENT_TOKEN_TO_BE_REPLACED